Are Touch Screens in Cars Too Distracting? Yes! 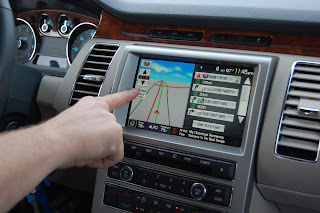 They have also made their way into new vehicles. Computerized controls now replace traditional buttons and knobs for heating, A/C, side windows, radio and other functions. A touch keyboard is built right into the computer screen. To touch it accurately, you have to look at it carefully  -- which is hard to do when you are trying to drive carefully.

Why are auto makers using touchscreens?
The auto makers are trying to find ways to build ever more functions into the limited space that’s available on a dashboard or centre console. Touch screens are an impressive technology; they look terrific and can display a massive amount of information.  But they shouldn’t be the only controls on a dash.


If we like touch screens on our mobile devices, what’s wrong with having them on our dashboards?
The problem has to do more with the "screen" than with the "touch." On your smartphone, you look at the screen and interact with it directly; the visual feedback is necessary for operating the interface.
When you're driving, however, you're supposed to be looking through the front window, operating most of the controls with only a quick glance. But with controls shifted to the touch screen, you have to take your eyes off the road to look at the screen.
Touch screens, unlike knobs with various shapes, don't allow that kind of “eyes on the road” operation.  Small buttons on smooth glass surfaces demand your visual attention, and that could cause an accident.


How much visual attention is needed?
It can be considerable.  For a significant part of the day, it’s hard to even see what’s on the screen, as sunlight streams in from the rear--if you’re driving west in the morning or east in the afternoon.  Finger smudges accumulate on the screen too, and make it opaque.


Since most touch screens are very sensitive, it’s especially easy to activate a function that you don’t want. Then you have to take your eyes off the road for an even longer time just to return to where you started.


How serious is this problem?
The touch screens are so complex, and sometimes operate so poorly, that they have lowered the auto industry's overall quality score in the J.D. Power and Associates 2012 initial quality survey.  Also, touch screens are a major source of frustration for buyers of new models.


General Motors is even training customers in the use of the touch screen when they’re at the dealers and then offering help after the sale. The auto maker calls customers after a car purchase to see if they are having difficulty with the technology and may even make house calls.  Touch screens are a classic case of a “solution” looking for a problem—and creating one.

Posted by Prudent Value Cars at 8:31 AM No comments:

Buying a Used Car? Everything You Should Know about Safety Certification and Emission Testing! 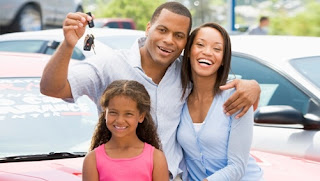 Each year, over one million used vehicles gain new owners in Ontario. While the used auto you’re about to buy may have been emission-tested and safety-certified, that doesn’t guarantee it’s in tip-top condition.


What is a Safety Standard Certificate (SSC)?


An SSC is a certificate issued by a Ministry of Transportation-approved Motor Vehicle Inspection Station (MVIS) once a vehicle has passed a safety inspection. However, this inspection covers only the minimum safety requirements for vehicles in Ontario.

Is an SSC a warranty on my vehicle purchase?


No, an SSC is not a warranty or guarantee on the general condition of the vehicle. The SSC simply means that on the date the certificate was issued, the vehicle met the minimum safety standards required under Regulation 611 of Ontario's Highway Traffic Act (HTA).


The vehicle may not be outfitted with new brakes or new tires. But even when they are, many dealers provide only the lowest cost brakes and tires with their vehicles.


Go to a dealer such as Prudent Value Cars who uses premium brakes and new  tires.  It is safer and more economical to pay a bit more and be assured that over the next two years your maintenance costs won’t amount to anymore than the price of an oil change.


What should I do?


You should take the vehicle to a certified mechanic that you trust and have that mechanic inspect the vehicle before you buy it. Also, be sure to ask the dealer if there is a warranty over a period of time --  like a  a couple of weeks or a month -- in which you can see if there are any mechanical problems. A few dealers, such as Prudent Value Cars, offer a month warranty on all mechanicals.


What about the Ontario emissions standards program, Drive Clean?


This is Ontario's mandatory vehicle emissions inspection and maintenance program. It was established because vehicles are a major source of smog and several other toxic contaminants. The e-test definitely helps protect your health. It is essential to pass before you are able to renew your registration and licence plates. You’re required to have an emissions test every two years if the vehicle is seven years or older based on the model year (Pre-1988 models are exempt.)

An emissions test is also required when buying or selling used vehicles that have a model year older than the current calendar year. This helps ensure that consumers do not end up buying a used auto with emissions problems.

The test usually includes your carburetor, spark plugs, air filter, PCV valve, fuel filter and ignition system. So, in order to pass the e-test, be very sure that your auto is well maintained.

Posted by Prudent Value Cars at 8:03 AM 3 comments:

Cruise control has improved driver comfort and convenience. When activated, the system enables a driver to automatically maintain a minimum speed of 40 km/h or faster without having to keep a foot on the accelerator. It's an easy way to control speed on the highway, making the driver less likely to go over the speed limit inadvertently. Cruise control is also useful for long trips as it often results in higher fuel efficiency and reduces driver fatigue.


When used improperly, however, cruise control can cause accidents. Here are some safety tips on when and how to use the system.

Stay Alert!  Be ready to brake. Keep your feet flat. Scan the road ahead.
Although controlling the vehicle’s speed on cruise control allows you to take your foot off the accelerator and rest it, you still control the steering and braking. Keep both feet flat on the driver’s side floor and ready for braking or maneuvering if you have to slow down or suddenly stop. Don’t lounge or curl your foot up underneath you as you drive.


Above all, it’s important to remain alert. A false sense of security could lead to inattention and an accident. Keep your mind on your driving; scan the road ahead for traffic, obstacles, and changing road conditions.


Not on winding, icy or slippery roads.  Not in heavy traffic.
Cruise control can be dangerous when the driver can’t drive safely at a steady speed.  Also, it should not be used while on winding roads or in heavy traffic. Cruise control may also be dangerous on slippery roads. The system is designed for perfect road conditions, but on slippery surfaces it can cause the vehicle to go into a skid.

This is, of course, a special concern during the winter months, when the roads are icy. The only way to avoid a skid in this environment is to immediately reduce power. But with cruise control engaged, the wheels continue spinning and the driver may lose control of the car.


Not during heavy summer rain.  Avoid slamming on the brakes.
It's not only a winter problem. Using cruise control during a heavy summer rain can cause the car to hydroplane - a loss of control owing to a layer of water between the tires and the road. The risk is particularly high when driving across a patch of deep water.


If you begin to lose control, it's vital to remember how to react.  Avoid slamming on the brakes.  That puts the driver at even greater risk of a collision. Instead, stay calm and brake steadily, look where you wish to go and steer in that direction.


Don't use on roads where many speed adjustments are necessary.
These include winding roads, those with heavy traffic and urban and suburban streets.


Turn cruise control off when not in use.
Do not simply disengage it with the brake. If you leave it on when not using cruise, you might hit a button and go into cruise inadvertently.  You could be startled and even lose control of the car.


Cruise control can make your drive more pleasurable and fuel-efficient, but you have to use it as intended.

How Better Driving Can Save You Money?

Posted by Prudent Value Cars at 8:02 AM No comments: